A few weeks ago, InStyle magazine were running a competition to win an evening with the 2008 winner of Sky One’s  Project Catwalk – Jasper Garvida – sponsored by the German kitchen appliance manufacturer’s Milele at their London gallery. A friend won some tickets and asked if Id like to go along.

Jasper’s collection was showcased in two short fashion shows which, during which,unsurprisingly considering we were in an appliance showroom, the models were made to walk around the appliances!

I managed to get a few pictures of the looks, in a nutshell, the first show was very much a mix of nudes (picture on the left) and retro prints, whilst the second show was a lot more glam with sequins and prom dresses (see below).

At the end of the show we were given goody bags which I was über excited to find was filled with the following items:

– A bar of green and blacks chocolate

– A copy of the InStyle magazine!

On the whole, I was fairly impressed, we even got to meet Jasper himself, who can only be described as a real sweety and were given some very handy tips on how to care for your clothes. For instance did you know the following:

* When washing white items, use a washing powder/liquid in a green box or bottle as it contains Floresa – the chemical which keeps whites white.

* Glycerine apparently when poured neat on most strains and left for an hour or two, is an amazing stain remover.

So here are the few pictures I managed…enjoy!

Notice the kitchen in the background, you gotta give Jasper 100% for originality!!! 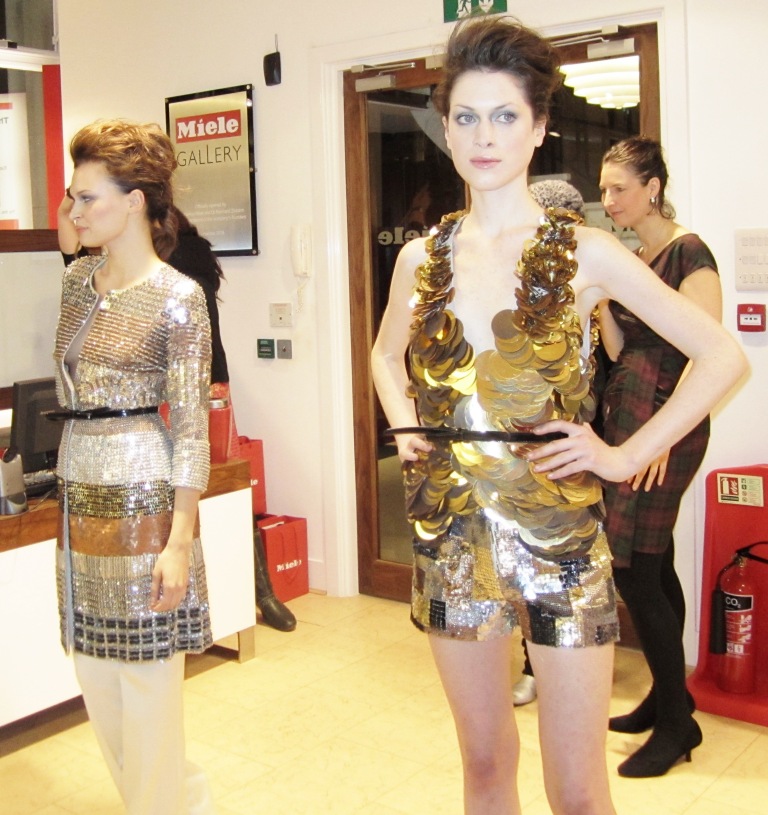 Loved the sequins, especially the large round one’s on the right!